My wife and I are ditching the kids this upcoming weekend to see Gareth Edward’s new Godzilla movie featuring Bryan Cranston (Breaking Bad), one of our favorite actors, via IMAX. EW.com reports Gareth noting how Cranston’s presence on set stepped up the entire cast’s game. It sounds like this monster movie will take destruction to a whole new level as the most popular lizard in Kaiju science fiction will battle other creatures (according to IMDb and EW, there will be at least a second monster involved – most likely Mothra). As we eagerly anticipate Godzilla’s return in 2014, these killer fan designs might alleviate our anxiety until opening day (May 16th).

Apparently, Warner Brothers held a contest allowing fans to submit their own poster designs celebrating Godzilla 2014 as evident on the design-sharing website, Behance. There were a number of stellar submissions which you should check out. 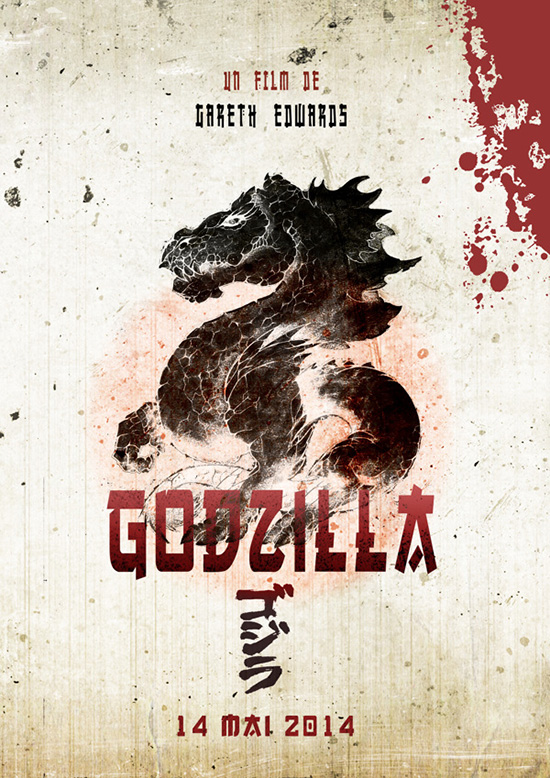 Godzilla was originally conceived as a metaphor for the destruction caused by nuclear weapons and the atrocities that followed the nuclear bombings of Hiroshima and Nagasaki. I thought the next couple posters represented that well (fire, smoke, cityscape). 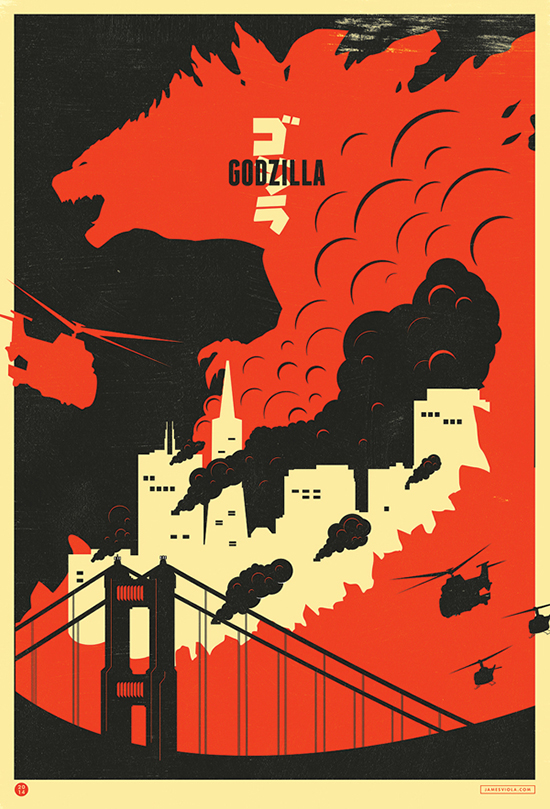 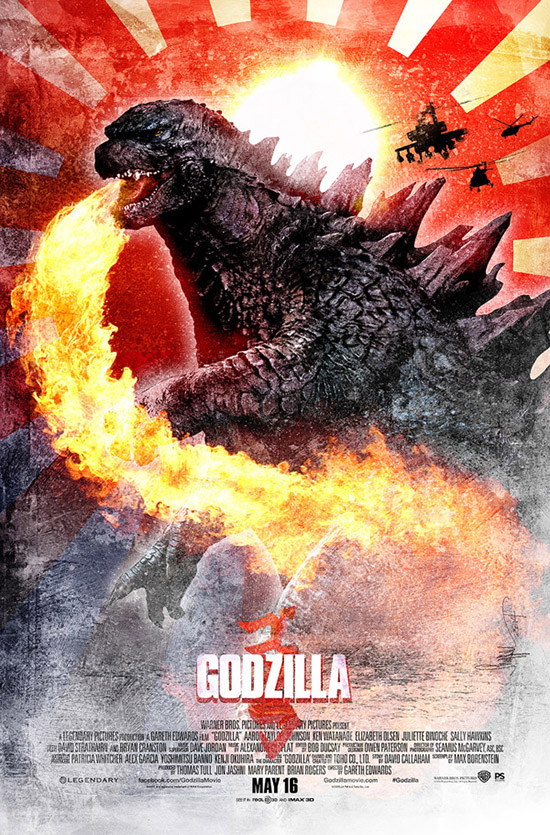 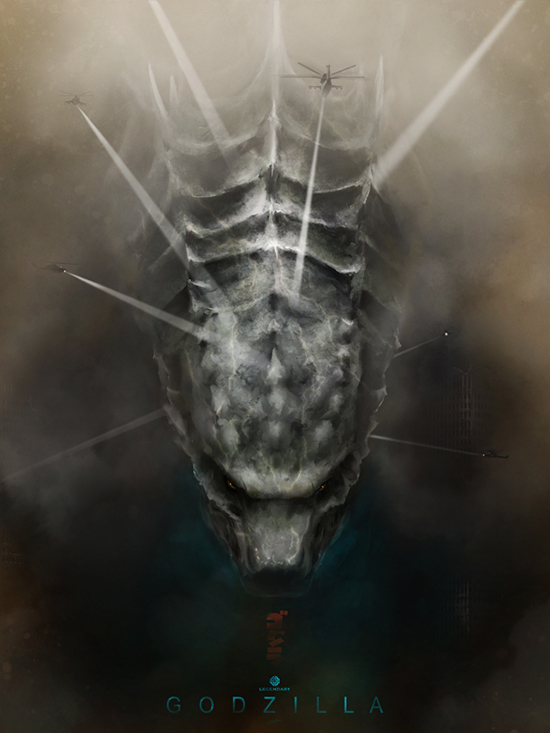 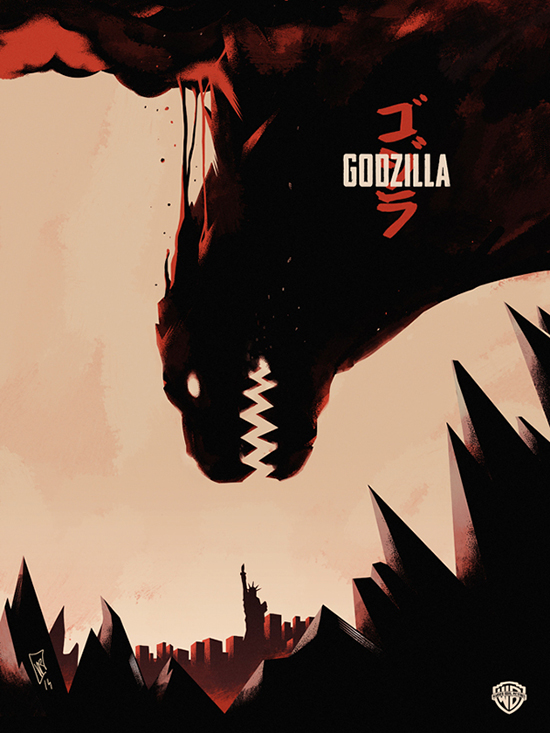 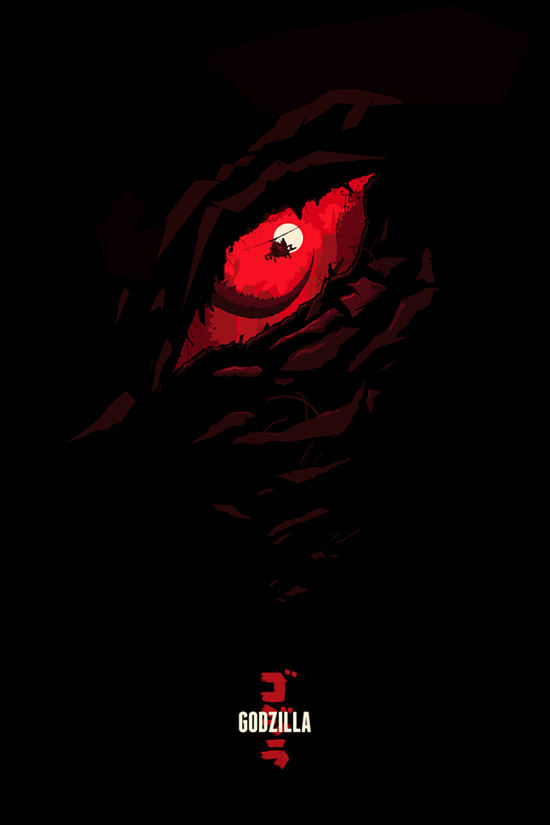 The unfortunate part of browsing Behance.com is that many designs are for showcase purposes only and not for purchasing. Thanks to places like Etsy, we can attain almost anything Godzilla. Among thousands of results, here are a few interesting pieces of art celebrating the now 60-year-old monster. Yes, WB also provides an official, and generic, Godzilla source for gear, but the art is far better by fans on Etsy. 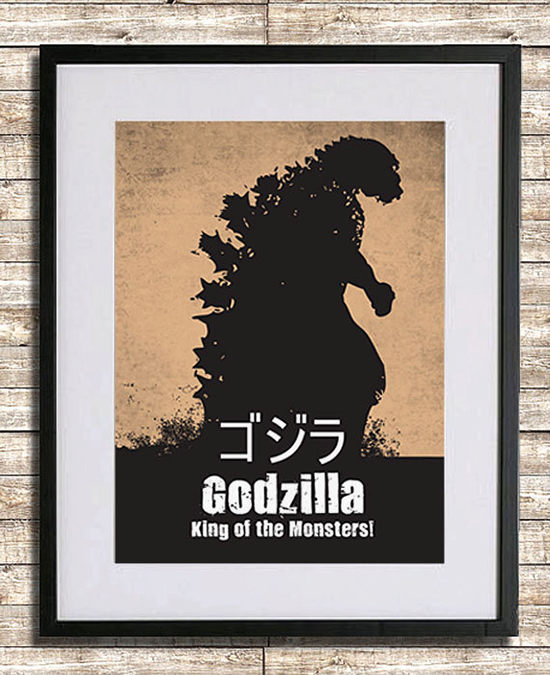 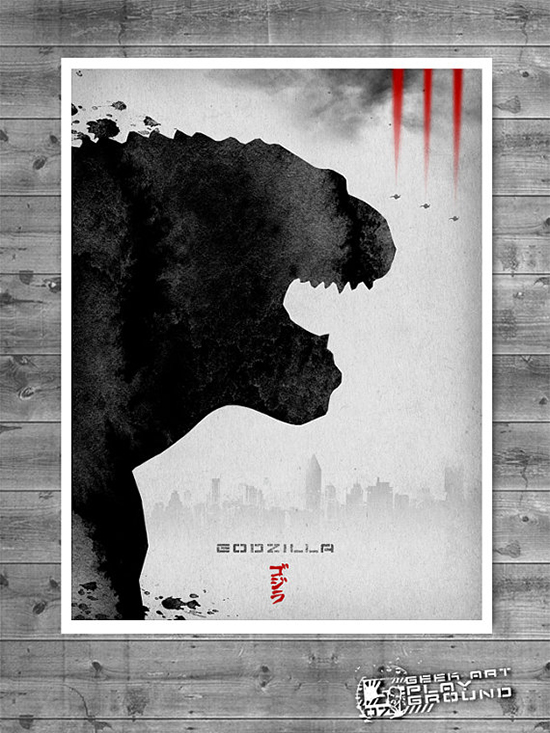 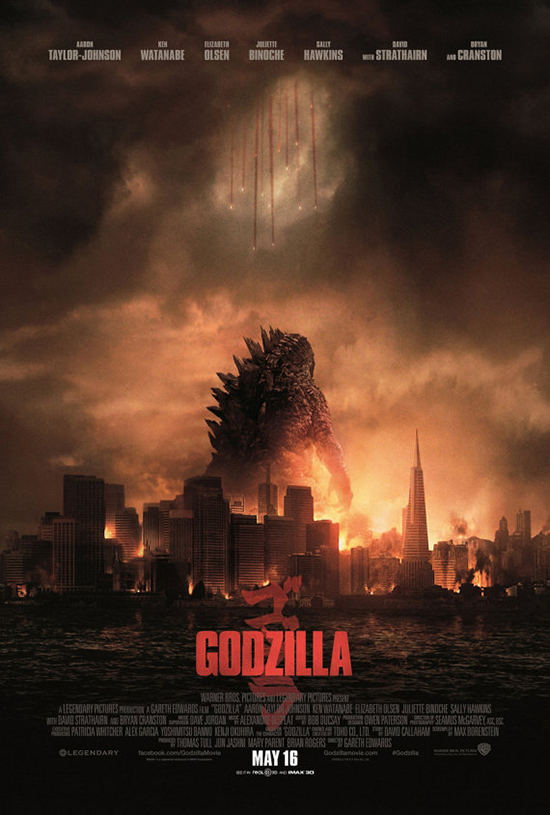 Of course, this above poster is one of the official movies posters actually used to promote the film. 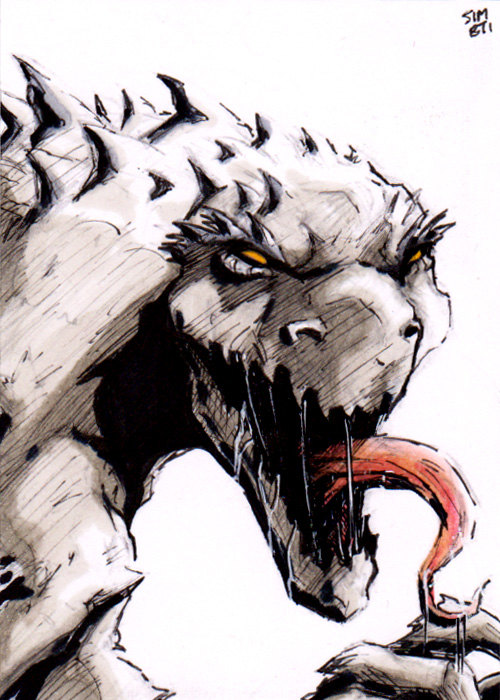 Godzilla is one of the most symbolic icons of Japanese pop culture on the planet as audiences have embraced the underlying lesson how science and technology can go so horribly wrong. If you enjoyed these Godzilla posters, take a few moments to view 2014 Movie Posters To Inspire Your Next Sci-Fi Design.