Invented by DENSO Wave in 1994 for the auto industry to track vehicle manufacturing, the QR Code is a barcode-like square symbol that now plays a more commercial role around the world as one method of combining the physical and digital worlds.

Even through consumers are apparently mixed, it is no secret that many printers and print marketers love the idea of QR Codes. We actually listed the square codes as one important way to improve brochures and other print marketing materials. Often times, QR Codes are lazily implemented which basically led to a partial consumer rejection in the United States, but there have been some brilliant executions that you might appreciate or be inspired by. 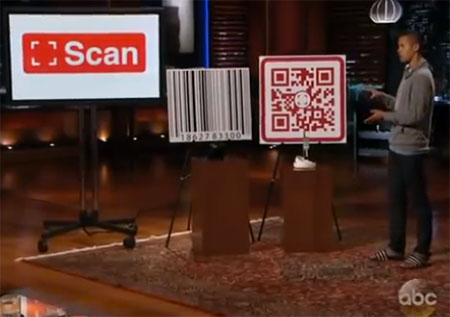 Shark Tank, the television show where high profile investors critique business ideas presented by entrepreneurs. The critics, a board of hopeful investors including Mark Cuban, have the opportunity in investing and securing funds to help grow the business venture.

On this episode, Garret Gee, CEO of Scan.me, was able to sneak a large board onto screen displaying a QR Code. Apparently, ABC, the show’s network, is notorious for not allowing URLs of any type on screen, but for some reason, they were totally fine with a big fat QR Code. Since then, Gee gains thousands of scans every time the episode airs. The full story is available on Techcrunch.

Weird right? At Quiring Monuments, people have the opportunity to convert headstones into an interactive monument through QR Codes. Family members gain access to a personalized web page with numerous information of the deceased and the added ability to leave comments (restricted to family members). The QR Code can be applied to new or existing cemetery headstones, mausoleum shutters, cremation urns, garden benches or as an addition to a public memorial. Information includes obituary, family history, photographs and a variety of social links (like Facebook and Twitter). 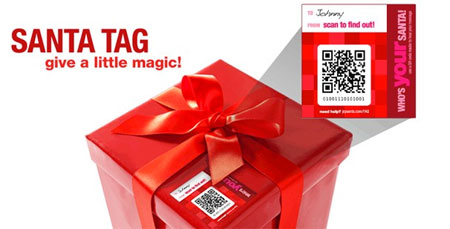 During the Holidays in 2013, JCPenny started an innovative program allowing shoppers to add a personalized touch to gift giving. Each gift was tagged with a “Santa Tag” and a QR Code that allowed the giver to scan and record a message for the gift recipient. The QR Code is then placed on the gift for the receiver to scan and hear that personalized message. 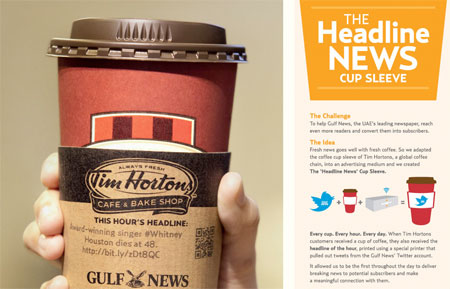 Simply placing a QR Code on a coffee cup sleeve sounds relatively boring, but not in this case. Gulf News, the UAE’s leading newspaper, teamed up with Tim Hortons, a global coffee chain to make some magic. Each coffee shop was provided a special printer that prints real time major headline tweets from the Gulf news Twitter account. The consumer who scanned the neighboring QR Code instantly became a possible subscriber while a meaningful connection between business and consumer was formed.

5. Skipping Lines With a QR Code 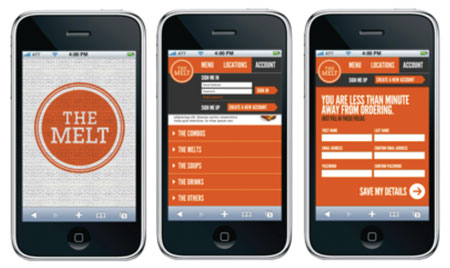 The Melt, a chain of grilled cheese restaurants, allows customers to order via mobile device. Once the order is completed, the user is provided a unique QR Code that can be held over a special scanner at the restaurant. By doing so, the order is immediately sent to be grilled and the customer does not need to stand in line. Placing an order doesn’t require a special app; customers just visit the website via any smartphone. 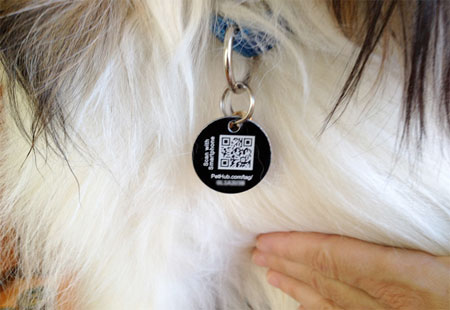 There are a ton of ways to create and print your own QR Code which could be useful for making a customized pet tag. You can basically generate a QR Code with your contact details attached so anyone with a smartphone can scan a custom sticker, tag or key chain. This seems like a very easy DIY method of finding a lost key…or a lost best friend. 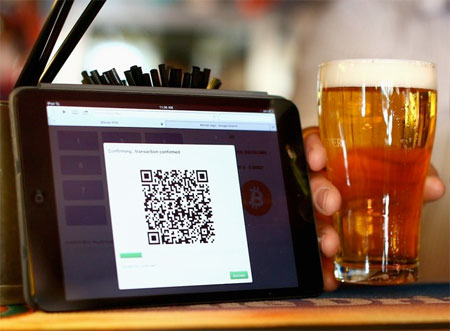 In the first quarter of 2014, PayPal is planning to allow mobile users to pay merchants using QR Codes. Consumers can simply open the PayPal app and check-in to produce a QR Code that can be scanned by any shop with a bar code of QR Code scanner. If the merchant does not have an onsite scanner, the buyer will be able to punch a 4-digit code in a compatible PIN pad at checkout. PayPal made the announcement at Money2020 claiming the move was not designed to “push technology for technology’s sake, but to truly make the paying experience better for consumers and to give merchants more opportunity to innovate without a costly investment.”

QR Codes can be pretty awesome

Yes, there are a number of reasons why QR Codes will probably decline ot vanish in the near future. The decline will be mostly attributed to poor implementation and execution as described by Eric Savitz of Forbes. If you’re planning a QR Code campaign, I recommend reading that article first to avoid some serious missteps.