Oh My Disney, Disney’s own ingenious blog, posts a number of silly and fun articles concerning characters, story lines, conspiracy theories, behind-the-scenes and so much more. This is the first and official place where the millions of Disney buffs should be flocking to on a daily basis.

About a week ago, one article from the infamous blog titled “Overly Dramatic Disney Movie Posters” celebrated the upcoming Academy Awards and the few serious dramas being touted by posting reimagined movie posters of classic films such as The Little Mermaid, Aladdin, Snow White, The Lion King and Cinderella … but in a more serious tone. Oh My Disney bloggers were quick to point out that the reborn Cinderella poster “isn’t so serious, but it does have plenty of drama.” Here is the actual introduction from their page.

“Everyone is talking about a few very serious movies. These movies all have dark and twisting plot lines, incredible actors and actresses, and very dramatic movie posters. This got us to thinking, what if we reworked some of our classic movie posters to be a bit more… serious?”

My favorite reinterpreted classic is this Snow White movie poster. 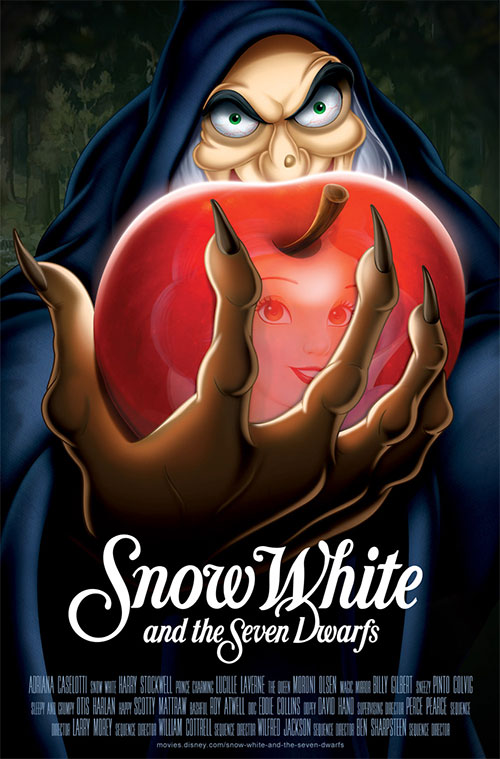 A dark version of the Aladdin film… 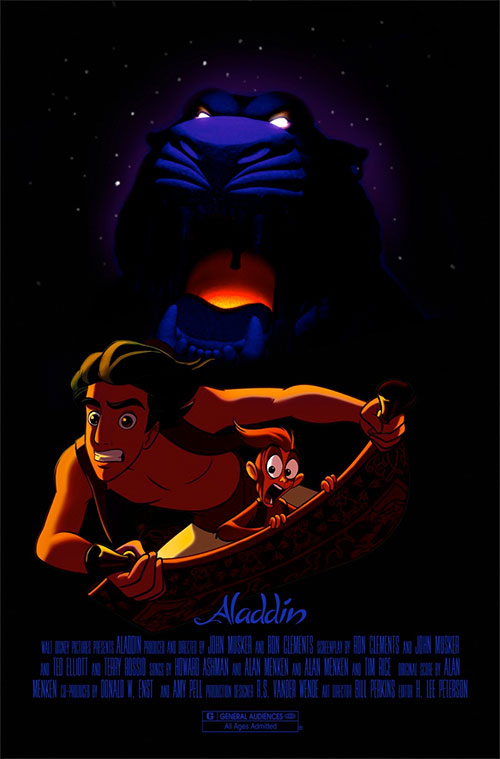 We don’t want to spoil all the fun or infringe on Disney’s copyright, so we urge you to visit Disney’s blog and review the original post. There, the full poster lineup of reimagined Disney movie posters is available.