As an avid Marvel comic collector back in the 90’s, I just barely missed the introduction of Jessica Jones in 2001’s Alias #1. Recently, Netflix launched a new widely anticipated series, Jessica Jones, starring the character, which has been an exceptional alternative to the typical Marvel family friendly climate.

This gritty, and very adult-themed, saga follows private detective Jessica Jones, a “retired” superhero, dealing with PTSD, alcohol addiction, and the return of a mind controlling psychopath, Kilgrave, who once tormented and controlled her every move. Jessica Jones showrunner, Melissa Rosenburg, embraces the darkness of Daredevil and twists it into an even more graphic and mature tale.

I appreciate that this series is not trying to be an origin story. The audience is following a character that has a very complicated past that takes place in the comic books. With each episode, we learn more about the tragedies, relations, and personalities of each character that are far more sophisticated than most other shows, especially those from the Marvel universe.

Inspired by the new series, we travel to numerous online destinations to find amazing fan artwork of Jessica Jones.

This poster is printed on 11×14 80# card stock shipped worldwide from Texas. 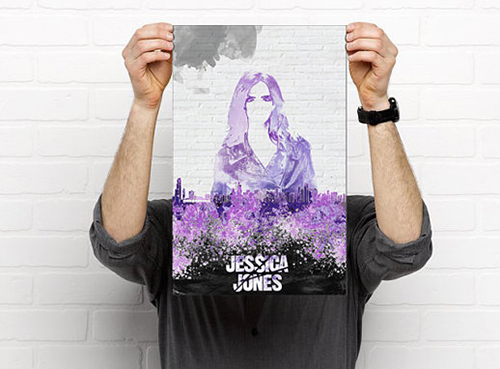 Thanks to Poster Posse, there are a number of Jessica Jones tribute posters – this being one of them. 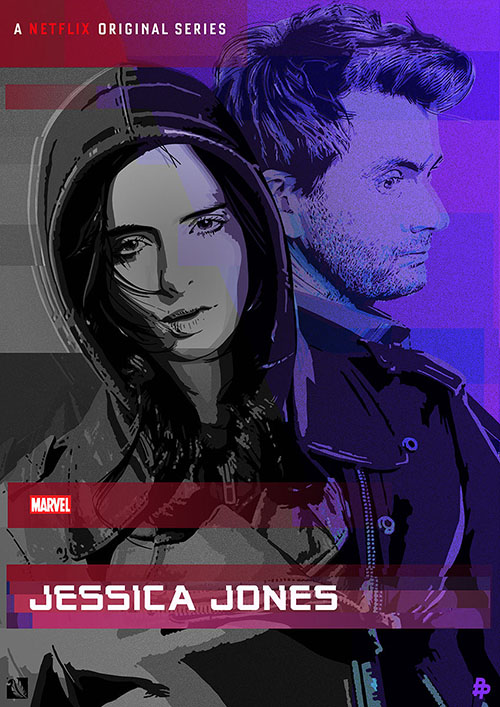 If you want to sport a Jessica Jones tee, there is a pretty decent selection at Red Bubble. Most of the artwork derives from the official series art, but some are also unique from fans. 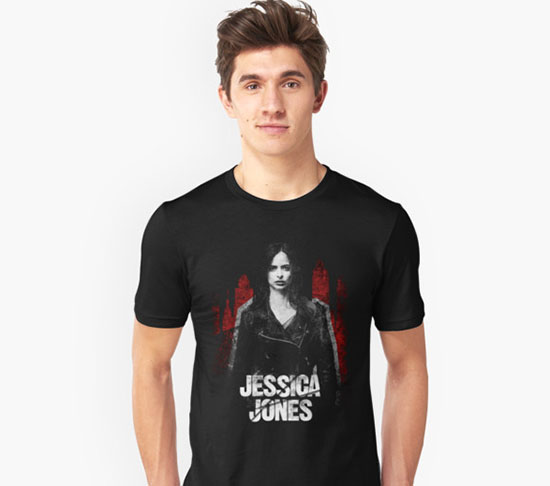 Surprisingly, there wasn’t very much artwork for sale at places like Etsy and Zazzle. I suspect that will change soon since the series is so well done. Thank goodness for Red Bubble which hosts some nice art and wearables for sale.

If you are enjoying the Netflix series, you may want to check out this graphic novel, Jessica Jones: Alias Vol. 1 (AKA Jessica Jones), a collection of the original comic books Alias #1 through #9 available for purchase at Amazon. 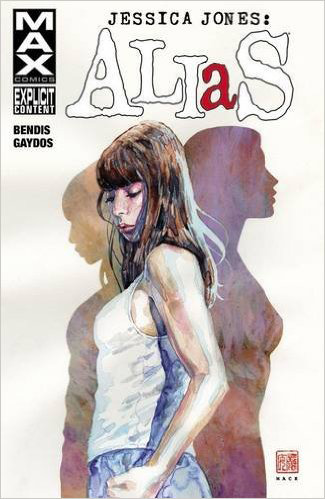