I proudly grew up watching Rocky movies. As a kid, I most fondly remember Rocky 3, but of course, the original Rocky movie is the most original and critically acclaimed of the franchise (and my personal favorite). I know many people mock the film’s growing saga, but I’ve alway nostalgically enjoyed each installment. The new movie, Creed, which covers Rocky training Apollo Creed’s illegitimate son, has hit theaters to a massively positive response. I am one happy Rocky fan.

This past week, Sylvester Stallone appeared for an intriguing interview on the Stephen Colbert show. Part of the segment was dedicated to showcasing fascinating artwork belonging to Stallone – some consisting of Rocky themes.

Apparently, Stallone studied art before getting into acting and has revealed he enjoys the freedom of art and paint over the constraints of acting. The actor has showcased his art at the Russian Museum in St. Petersburg and the Museum of Modern and Contemporary Art in France and continues to travel the world. Hollywood stars such as Arnold Swartzeneggar and John Travolta have owned his artwork in the past. Apparently, Stallone is also an avid collector. 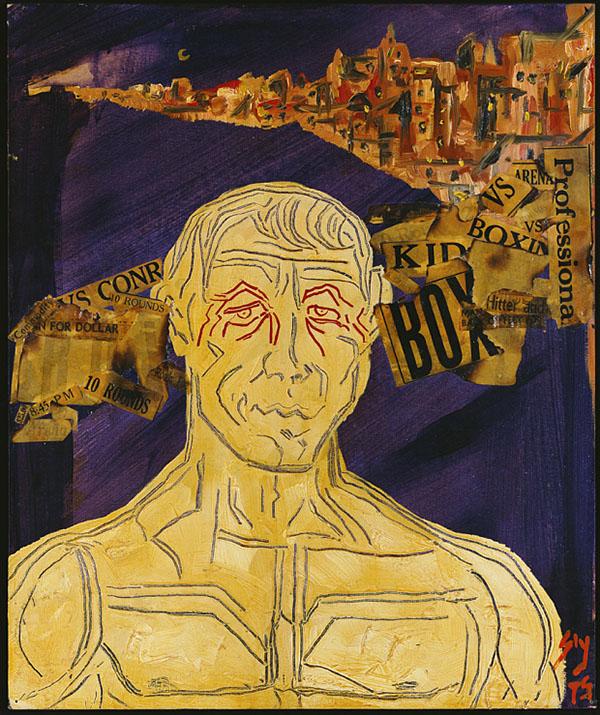 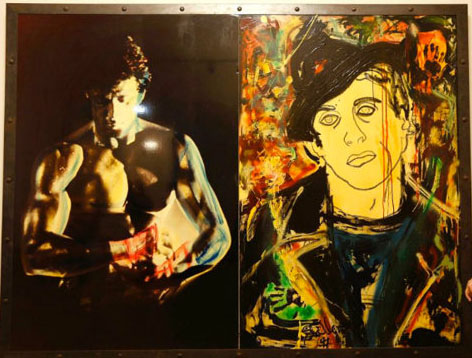 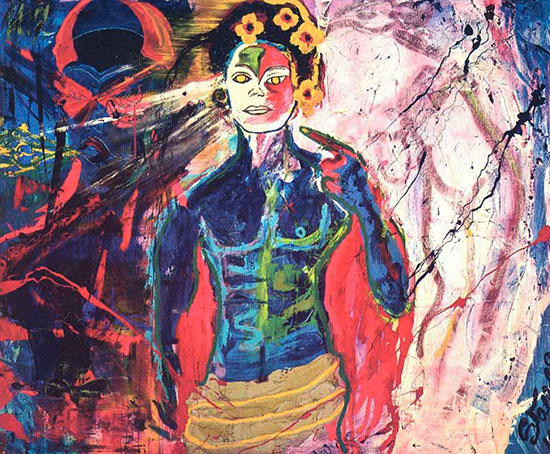 When talking with Stephen Colbert, Stallone admitted he has grown fond of abstract art. Below, is an example of one of his pieces titled City Scapes. 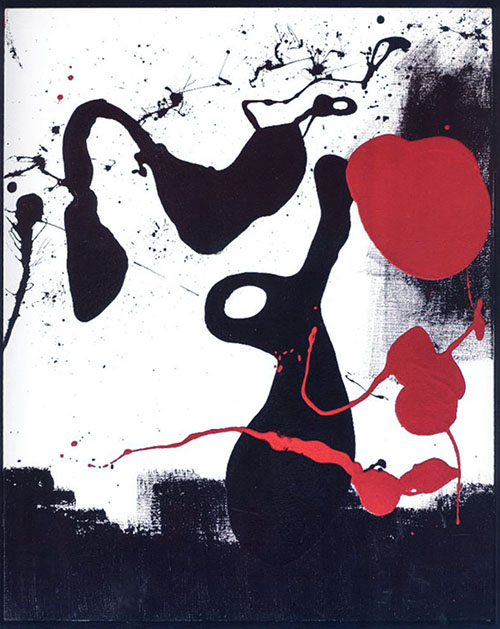 One designer in particular, billpruittarthttps://www.etsy.com/shop/billpruittart, has created a rather nice collection of Rocky artwork die-hard fans will appreciate. 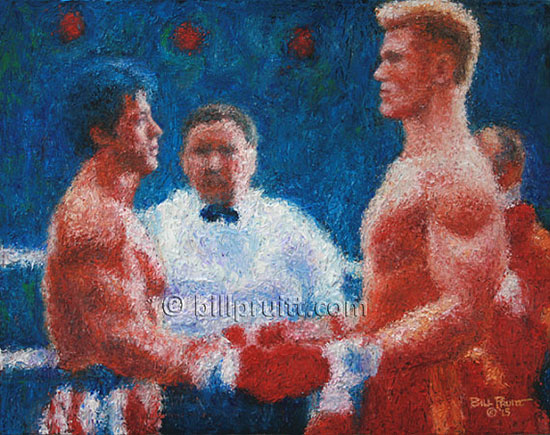 I did notice that some Rocky “art” on Etsy are really licensed retail merchandise like what is sold on our website, Comic Pop. This infringes on Etsy’s policies, but some retailers are bound to slip through the cracks. If you do want to buy licensed stuff, we invite you to visit out Rocky collection at Comic Pop.