Intriguing news recently emerged concerning the upcoming Star Wars VII film. Lucasfilms, a Disney owned company, released a statement indicating a “trio of new young leads along with some very familiar faces” would participate in the next trilogy. It has also been reported that director JJ Abrams allegedly expanded the roles of the original characters (Luke, Leia, Solo) than initially written. This is not surprising since shortly before Disney acquired the franchise, George Lucas himself indicated that contracts were close to being signed by actors Mark Hamill, Carrie Fischer and Harrison Ford.

Admittedly, I am skeptical of the next trilogy due to the colossal failure of the last movie debacle. Yet Star Wars is difficult for me to dismiss entirely due to the impact it had on my childhood. What a great time to observe Star Wars by showcasing amazing poster art by fans! After hours of research, I was amazed at the numerous Star Wars art discovered through Etsy.

These A3 poster sized Star Wars posters by handz come in a set celebrating the three original movies Scandinavian style. These would also make awesome Star Wars baby prints for parents obsessed with passing down the love of light sabers, AT-AT’s and droids. 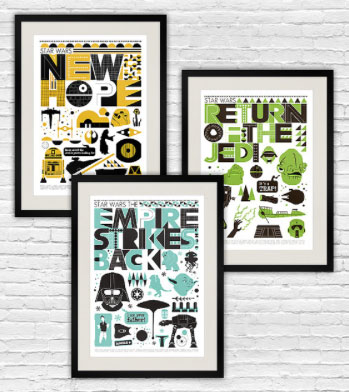 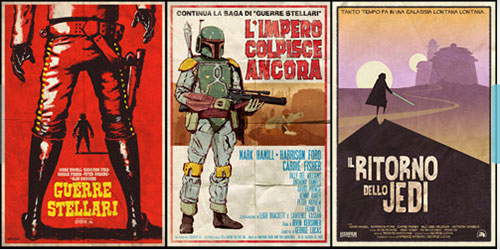 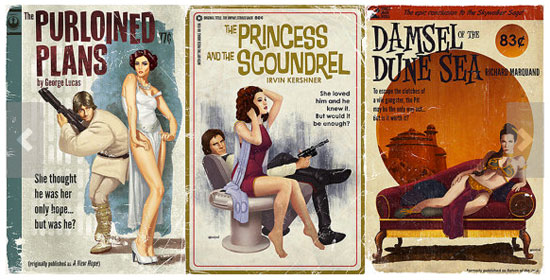 timanderson310 has compiled a wide variety of interesting takes on Star Wars, and I highly recommend spending a few moments looking through the collection.

I’m not sure I would consider this next Star Wars trilogy print set as posters, but they are certainly frame-ready since they are each 8.5×11. The artist, a naturalist, does indicate that additional sizes are available.

11×17 inches in size and printed on a high gloss photo paper, this remake of Van Gogh’s famous painting Starry Night, but with a Star Wars twist, looks amazing. Any true Star Wars fan (or anyone with a sense of humor) will love this print. 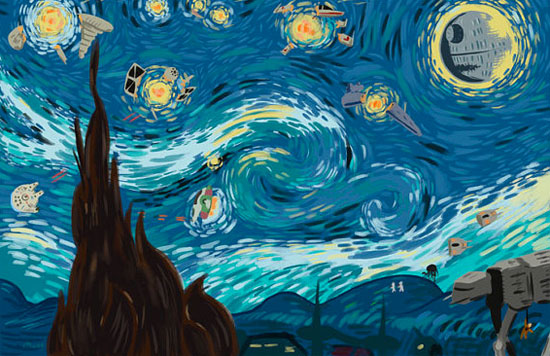 Another incredible collection by Posterinspired is this 11×17 vintage set.

An example of three modern style Star Wars prints featuring Princess Leia, Han Solo and Darth Vader. There is also a Yoda version that can be substituted. These 11×13 posters are digitally printed on card stock.

Not exactly a poster, this huge Death Star wall decal by Tapong caught my attention. 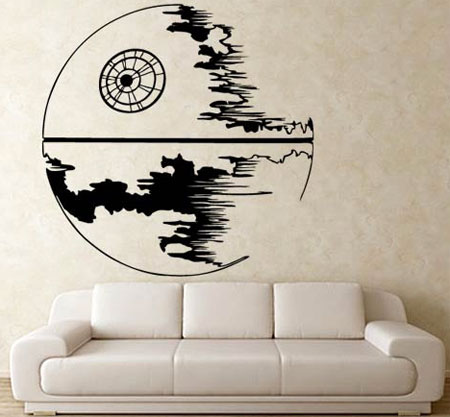 There are also AT-AT’s, ships, super heroes and many more one color decals available.

You could literally search hours through Star Wars prints for almost any room space on Etsy.com. The website and participating artists are simply amazing.