UPDATE: Every year, our staff takes Thanksgiving Day and Black Friday, the busiest shopping day of the year, off giving all staff members a four day family weekend. Like most other online companies, we usually have ridiculous sales and discounts during that time. To keep up with those sales, we highly recommend signing up for our newsletter or following us at Facebook or Twitter.

Mr. Keg is dressing up this year celebrating Black Friday weekend with an amazing sale of 20% off almost all printing. The dark side of the force is strong with this one so Black Friday has been extended for 6 full days. All he needs now is a light saber for cutting that turkey! Start saving.

Many people have asked what does Darth Vader have to do with Black Friday? He’s black people! Maybe we just want to stick Mr. Keg into a vader outfit demonstrating our inner dorkiness. Whatever the case, it is hilarious….right? 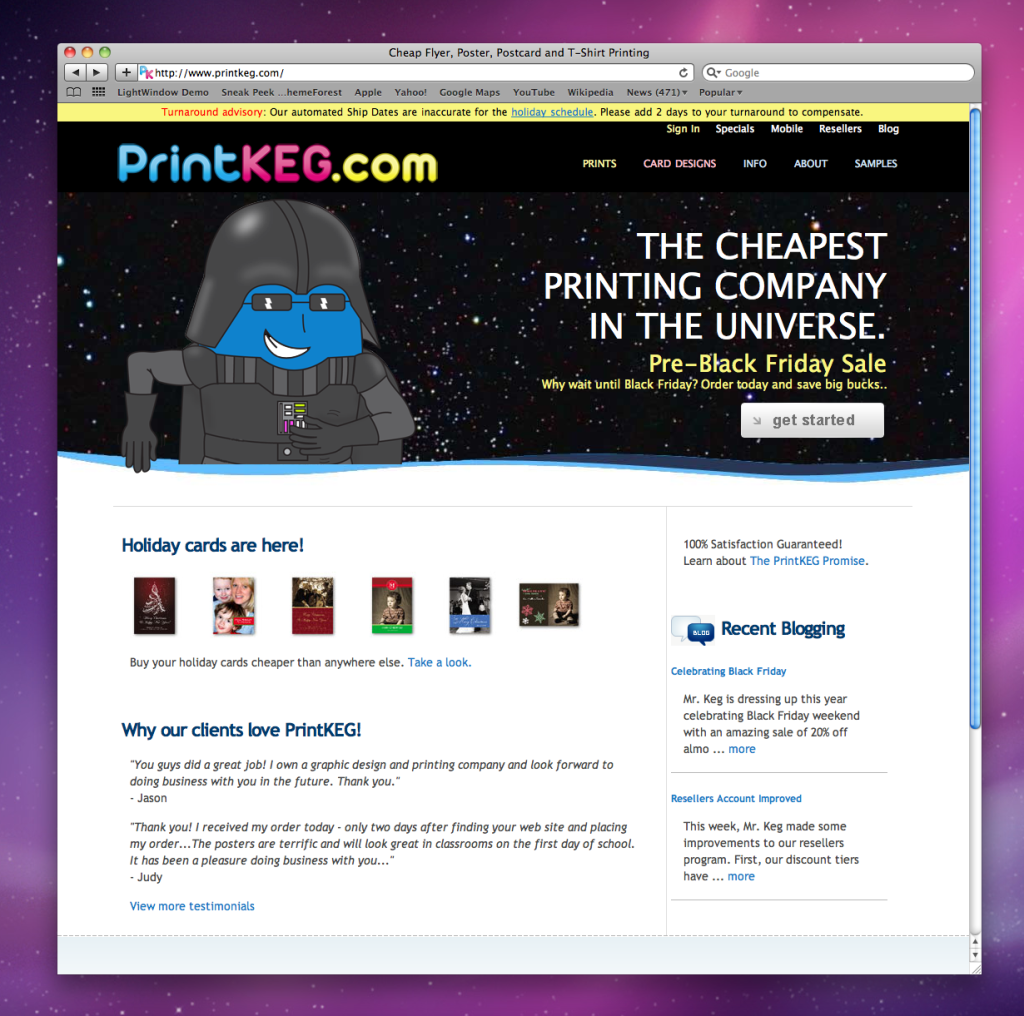 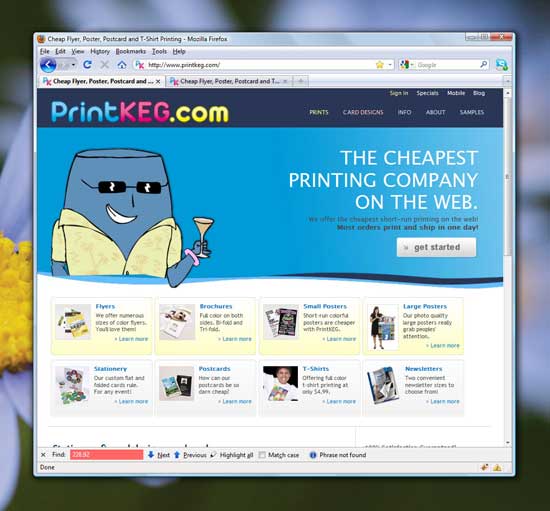 – The day’s name originated in Philadelphia, where it originally was used to describe the heavy and disruptive pedestrian and vehicle traffic that would occur on the day after Thanksgiving.

– Later an alternative explanation was made: retailers traditionally operated at a financial loss (“in the red”) from January through November, and “Black Friday” indicates the point at which retailers begin to turn a profit, or “in the black”.