Starting an Online Company From Almost Nothing – Our Story

What a ride it’s been this past decade. Starting a new business is difficult, time consuming, nerve wrecking and absolutely marvelous. Today, I finally share a long overdue story of how my business partner and I created a fun and profitable online print company known as Printkeg. 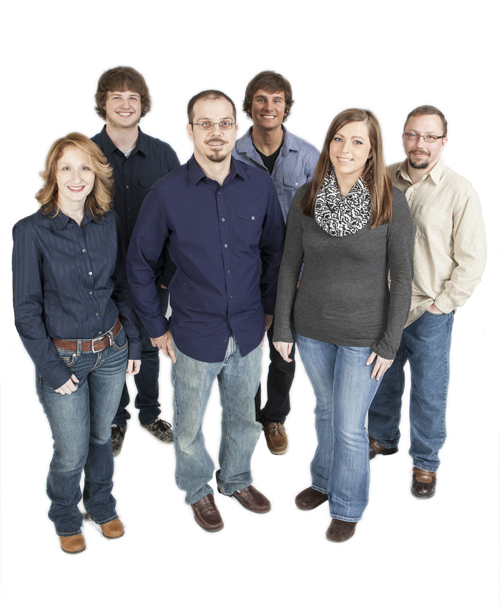 Back in 2005, my business partner and I quit our jobs. We both worked for the same small telecommunications company that seemed to be going nowhere. This was a difficult step for us. First, we both greatly respected the CEO of that company and felt guilty about putting him into a difficult position. Second, Tony and I were grossly broke and literally had almost nothing left, especially capital, to even think of starting a business together. Yet, that is what we did. A service-based company is basically all our finances and credit would allow. At that time, we agreed to start up a small development company focusing on SEO, called IDM Firm.

At that time, Tony, co-founder of Printkeg and a proficient programmer, felt he had no choice but to find another job. He was quickly picked up by a competing telecommunications company, and I began marketing myself to people. I was so ridiculously poor and didn’t even have my own laptop or computer, so I was forced to work from my mother’s home on her desktop. My mother probably would have helped me more financially, but without a real business plan, I didn’t ask. To make matters worse, I was still going through a divorce that hadn’t yet been finalized. During his off time, Tony assisted with logo creation and building our own web server, while I hunted for prospects through personal emails, letters, postcards and onsite visitations. I also had to create our first website, business cards and brochures.

Like any small business starting up, that was unquestionably a tough time for us. Eventually, a few real estate and vacation companies hired us primarily for SEO which led to some lucrative web development jobs. As the year progressed, we gained more clients and increased monthly revenue through web hosting and SEO plans. As the new company grew, I learned one valuable lesson: People love personalized care. I would visit customers, talk to them over the phone, email them back quickly and give advice which led to more referrals. I also learned that taking excellent care of people will in itself lead to promising growth.

Sometime in 2006, IDM Firm began leasing a small office in the back of a tiny print shop in South Carolina called Graphics One which focused on reproduction of home plans along with outsourced print projects. Soon after, Tony and I agreed to buy the company (the owner allowed us to make monthly payments) and venture into digital printing. We imagined big bucks rolling in at that time and were absolutely convinced we could create a “one-stop shop” for small local businesses in need of marketing services. We called this new venture, IDM Print.

To be honest, a difficult couple years followed. Graphics One had a ton of problems which I convinced myself and Tony could be overcome. Our accountant and attorney were against the transaction, yet I confidently objected and moved forward. I overestimated our chances of attracting business away from the other local Beaufort print companies.  More importantly, we didn’t know nearly enough about the print industry or the abilities of our equipment. We did meet many wonderful people who relied on our services, but that business model could not sustain.

Our new plan was to negotiate our way out of leases, purchase better equipment, reconfigure the business model and look at possibly selling prints online. As two developers, selling online may seem like a no-brainer, but we saw a number of obstacles. Vistaprint and many other online print companies were already dominating, and we initially thought it impossible to compete. Some key staff members at that time were essential in assisting us in locating the answer.

The answer for us at that time was large flyers or small posters. 11×17, 12×18 and 13×19 flyers and posters started as the first products we would try. We discovered larger print companies could or would not offer small quantities (or short runs) for those sizes. Those that did were quite expensive since many commercial print companies were still reliant on offset methods and not yet embracing digital technology. This gave us a small window of opportunity.

We actually created Printkeg as an experiment. We didn’t take the name very seriously, created a funny mascot (Mr. Keg) and built a small website within a couple days. After about a week, we started up some online advertising with Google Adwords and received three orders the very first day. That felt enormously exciting as business owners and as developers. Everyone on our team was incredibly excited about the future and every new order was intoxicating.

In the beginning, I admit, we were ridiculously cheap which probably led to more sales. However, we always believed customer service and quality outweighed prices and would be the real building blocks of this new found start-up. I personally learned many tough lessons with IDM Print (which we operated simultaneously with Printkeg for years) that transformed our company values. With Printkeg, we would only offer products that we could do extremely well and at competing prices. With IDM Print, we commonly accepted any job we could get our hands on which typically led to mediocre results or customers disatisfied with price.

Tony soon quit his job and helped us develop Printkeg 2.0, a custom made e-commerce platform combined with our own solution for customer care. Through the years, we upgraded equipment, streamlined production, improved efficiency and so much more. We’ve fine tuned everything and only add products that we can produce and price the same or better than large commercial printers. We’ve been featured in magazines, newspapers and online blogs celebrated as a new standard for small businesses going online. Inevitably, IDM Print and Printkeg were finally merged into a single presence for printing.

Late 2014, we adopted Shopify as our new e-commerce platform and customer management system. As owners of a print business, we want to focus more on the product and marketing rather than development and programming. We selected Shopify for a variety of reasons.

Printkeg proudly serves tens of thousands of customers across North America. We’ve generated millions in revenue and continue to add new products and features while also becoming more efficient and lean. The level of dedication and preservation it required to pull this off feels incalculable; however it also feels wonderful and immeasurably rewarding. I am honored that so many people around the country chooses us on a regular basis and hope to continue serving them for years to come.

I could write a book just listing the mistakes I’ve made in the last decade, but those mistakes have made us stronger now that I look back. I’ve purchased expensive equipment we would never use, pissed off Google, opened up locations that closed down, screwed up relationships with wholesalers and hired terrible people at times. Those are just some of the major ones I can think of.

But that’s the point of this whole story too. Mistakes and risk are inanely part of any great business story. There’s an explicit risk for every decision Tony and I make. But we learn from those mistakes, a process that finally led to the creation of Printkeg and probably more cool stuff in the future.

Printkeg kind of evolved into an extension of myself as the managing partner. I love artwork, comics and geeky stuff so that type of print material excites our crew. When first building IDM Firm, I remember the many postcards, brochures and flyers we created to drum up business, so I completely understand how important those items are to other business owners. The origin of our success derives from our focus on personalized care and quality work which has been instilled in the company culture of Printkeg.

Owning a business is certainly rewarding, and I always encourage people to start one up. Tony and I are absolutely thrilled with what we have created at Printkeg. We have wonderfully loyal staff members, incredible products and a profitable business. Printkeg continues to improve customer experiences while still having fun. We’ve built something very special that will hopefully last decades to come.

I would like to mention Tony Hsieh, who I have never met, yet has been an inspiration nevertheless. His dedication to customer happiness when running Zappos.com is probably the #1 influence on how I run my companies. I give employees the decision making powers they need to properly serve customers and exceed expectations. Fastcompany.com has an article that explains further about this culture.

During my time as an entrepreneur, I have discovered some excellent sources of literature that greatly influences how I manage Printkeg.

Built to Last, a study by Jim Collins, evaluates long term successful companies and compares them to their less successful counterparts.

Good to Great, another book by Jim Collins is a long term study of huge companies in the 90’s that formulates the main traits that differentiated great companies from others. I encourage all business owners to read this.

Pour Your Heart Into It by Howard Shultz is one of my absolute favorite business stories. Shultz describes his journey of building Starbucks and remaining dedicated to quality.