This past week was fairly exciting for Star Wars fans as Lucasfilms, now a subsidiary of Disney, announced the new cast members for 2015’s Episode VII. Although unsurprising, it was very satisfying to finally receive the official confirmation that almost every original cast member would also be returning including Harrison Ford, Mark Hamill and Carie Fisher. Now, I’m still up in the air whether bringing our heroes back is genius or a final deathblow to the movie franchise, but it can’t be worse than the abysmal Episodes I, II and III right? Right?

Anyhow, today is a grand day for my family. May The Fourth Be With You is first and foremost the day Star Wars fans celebrate the original triage, but for my family, it is also a day to celebrate my youngest boy’s birthday. His actual birthday falls on Cinco de Mayo, but he prefers to celebrate on the 4th in excitement for Star Wars (He’s only four so Im thinking that might one day change depending on the level of geekiness he maintains).

So…moving on…an artist who was recently featured on tech blog Mashable caught my attention for designing 8-bit watercolor renditions of classic paintings such as “The Starry Night” by Vincent van Gogh and “Mona Lisa” by Leonardo da Vinci. Upon visiting Adam Lister’s website, I particularly enjoyed his Star Wars gallery showcasing a number of 8-bit pieces of the most famous Star Wars characters like Darth Vader, Yoda and R2-D2. Each archival print is a detailed scan of the original painting and is limited to 200 prints that come signed, numbered and dated. 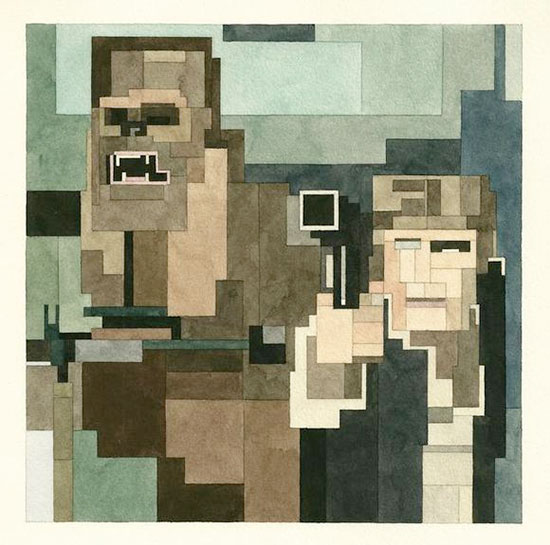 The fun doesn’t stop here since the idea of mixing pop culture and old Nintendo games is alluring. Adam Lister’s art spans from Superman, Star Trek, Breaking Bad and much much more. Anyone who loves vintage video games and art (watercolor and 3D prints) will absolutely love this website. The below image is only a small glimpse into the numerous watercolor painting Adam has to offer. 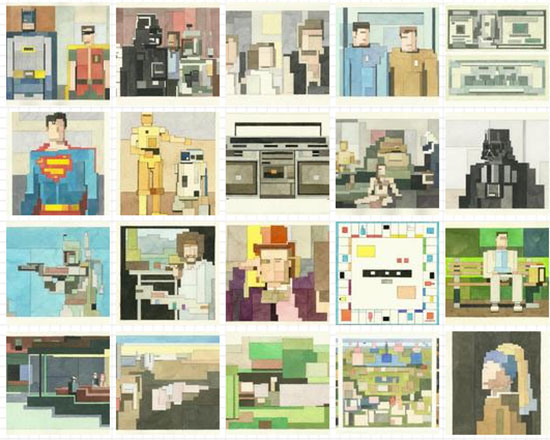 “The simplistic beauty of the 8-bit work that emerged from the first days of digital are what inspire the artwork and paintings of Adam Lister. They capture the essence of the digital age, representing familiar images of culture and art in a format that is nostalgic and beautiful in its limitations. Lister’s collection of 8-bit-inspired portraits, reproductions and original works have been met with critical acclaim and tremendous excitement from collectors.”

Take a few moments out of your day and visit Adam Lister’s website as soon as you can.