A few days ago, many online blogs showed off new posters from Legos that pay tribute to the Star Wars movie franchise. Of course, the release of these posters seem to coincide with the eagerly anticipated (and long overdue) digital release of the complete collection of Star Wars movies. These designs were inspired by Drew Struzan, and created by Lego for attendees of the annual Star Wars Celebration, held April 16-19 in Anaheim, California.

Episode I – The Phantom Menace

Darth Maul is a little weird looking in the Legos version of the Star Wars: Episide I poster, but an overall incredible start in mimmicking the galaxy far, far away. 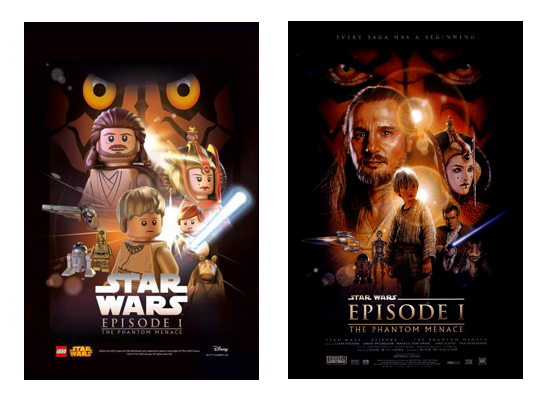 Episode II – Attack of the Clones

The Episode II is pretty amazing. Although, this movie was about as romantic as Rambo, the lego figures are well positioned and still conveys the forbidden love of Anakin and Padme. 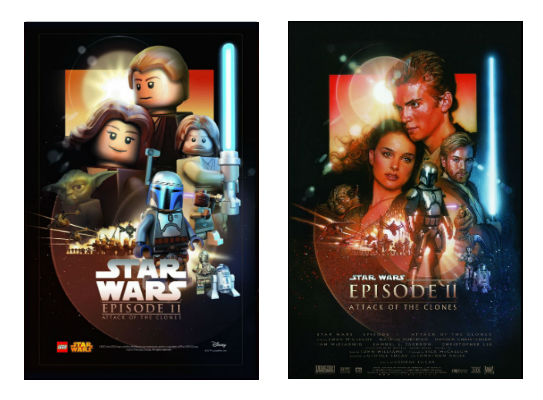 Episode III – Revenge of the Sith

Oh God. George Lucas should stick a lightsaber up his….okay, seriously….I’m calm now. The Episode III Lego poster version reminds me that if Legos actually made these movies, they would have been much better. Or at least if they were made by Legos, we could sing “Everything is Awesome” and not be Lucas-haters. Please Disney, please revive this franchise with the next trilogy. 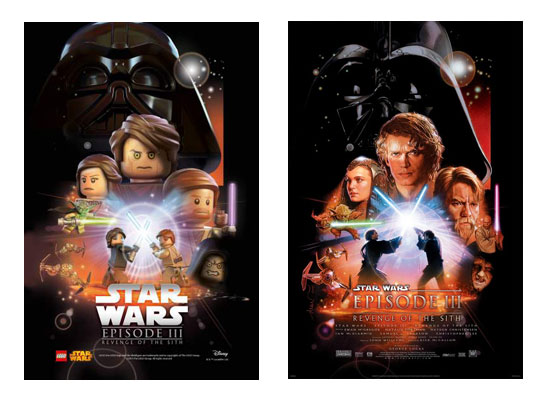 A near perfect movie, this Legos poster of Episode IV, is a perfect clone of the original, yet updated, movie poster. Too bad Georige Lucas still had access to the original film and added a bunch of new scenes of pure bologna. 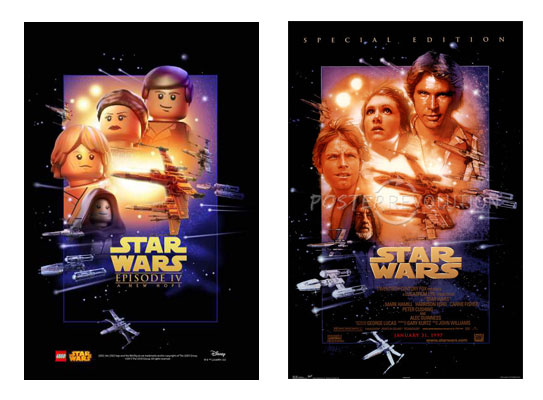 Episode V – The Empire Strikes Back

Probably the most prolific middle movie to ever be made, both of these posters are pretty stellar. The Legos team did an amazing job capturing the essence of the sister poster. 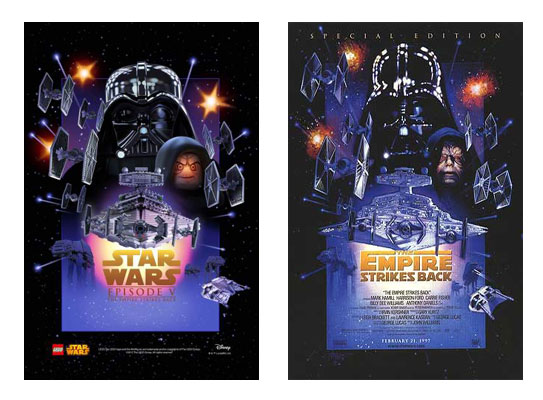 Episode VI – Return of the Jedi

Many people in my generation considered The Empire Strikes Back as the best Star Wars movie. Depsite the major revelations and darkness of that film, as a kid, I absolutely loved Return of the Jedi – and I love both of these posters too. 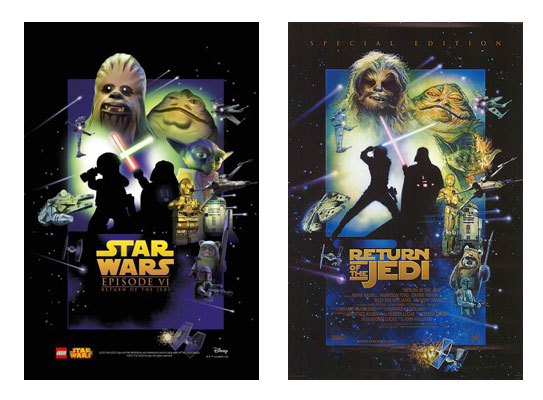 I know, there are a ton of articles already written about these sweet Lego posters, but I didn’t see any that actually placed each poster side-by-side for comparison purposes. Enjoy!