The team at Printkeg is psyched about 2015’s release of Superman vs Batman (trailer is below) featuring Ben Affleck as the Dark Knight. Pretty much everyone on our staff is a superhero fan either through nostalgia or peer pressure. Our main graphic designer, Jessica, has been experimenting with fun ideas inspired by Superman vs Batman so it was inevitable for us to search the web for related tees which we’ve decided to share.

Placed on a unisex baseball jersey, this first design created by ArkaySports on Etsy encompasses the original movie logo for the upcoming Batman vs Superman movie. 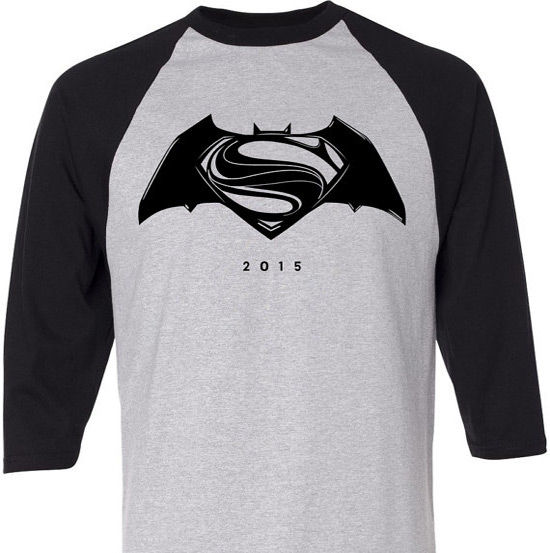 This next shirt is more about Superman and Batman working together which is what will probably happen once the two heroes rumble. Otherwise, who will stop Lex Luthor played by Jesse Eisenberg? You’ll find this giddy superhero shirt available from shirts.com, a 50/50 blended fabric with a very soft hand. 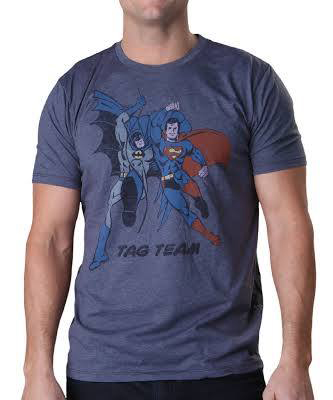 Our website, Printkegshirts.com, mostly concentrates on custom t-shirt printing, but we are having a lot of fun creating our own superhero shirts and some designs focus primarily on Superman vs Batman. Printed on a gray Canvas brand t-shirt, a personal favorite of our CEO is a dark and simple grungy Bat logo with Superman’s “crest” (House of El) sealed within. 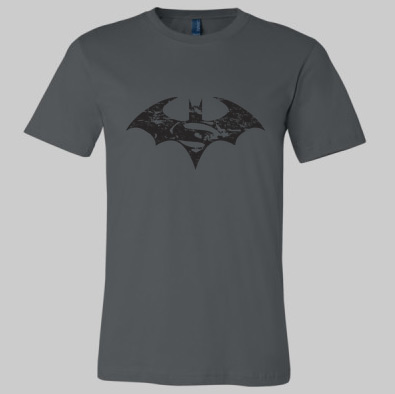 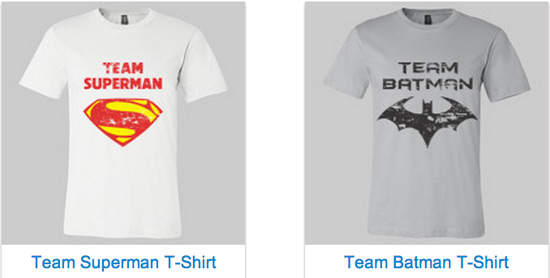 One more t-shirt graphic Jessica whipped up worth mentioning is this Superman fueled Batman logo that many of us absolutely love. 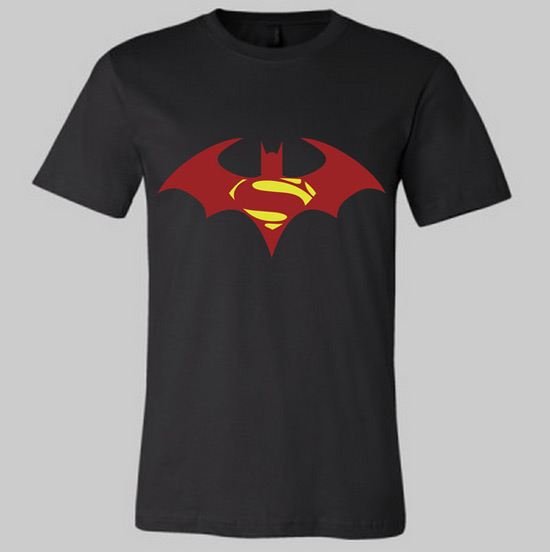 At one time, Hot Topic offered a slim-fitted black shirt named “DC Comics Injustice: Gods Among Us” shirt inspired by Superman Vs Batman. Unfortunately, at the time of this posting, the tee was out of stock. 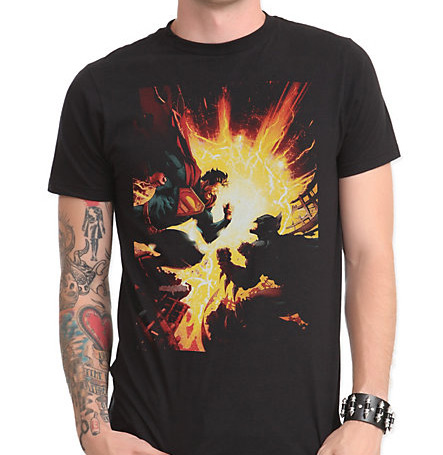 A design on Red Bubble called “Batman Vs Superman Minimalistic” by The2ndbest is an interesting Yin and Yang approach to the movie. 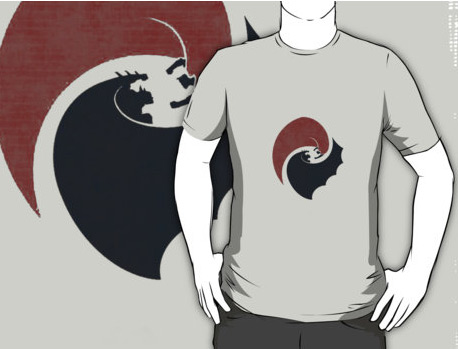 Most of us were actually surprised how little garment inventory there is available right now for Superman vs Batman. As we discover more, we will continue updating this article and suspect many more designs will surface once we near 2015.

The Superman Vs. Batman Trailer from Comic Con