We are very grateful for each and every client, and hope our blog can help market their causes while also demonstrating the wide variety of people who choose PrintKEG. Welcome to our new series, Featured Clients. 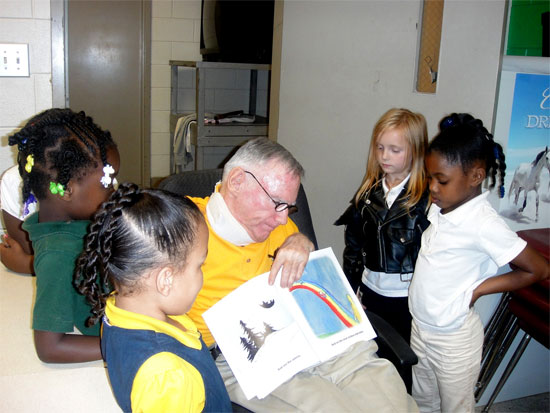 Robbie White was born in Charlotte, N.C. in 1948, the second son in a family of five boys. His father was a music teacher in the Charlotte Mecklenburg schools, and his mother was an elementary school teacher. At the early age of two he contracted encephalitis, after which he had to learn to walk again. At the age of three he was diagnosed with polio and hospitalized for six months. The illness left him paralyzed in his right arm, and he once again had to learn to walk. Despite his handicap, he graduated from UNC at Charlotte with a BA in Psychology and an Elementary Teaching certificate. In 1972 he was hired as a remedial reading and math teacher at Fennell Elementary School, located in Yemassee, S.C. Robbie White has been teaching at the same school now for 38 years.

In the early 80’s, he developed a keen interest in the new personal computers. He acquired the first classroom computer in Hampton District 1 in 1982. Robbie formed the first computer lab for Fennell Elementary School in 1990 and has been the technology teacher ever since.

In 1989 Robbie White wrote the first grant awarded to Fennell Elementary. Over the next 18 years, Robbie wrote and was awarded 13 more grants totaling $270,000 for Fennell math, science, reading and technology programs. In addition, starting in 2001, Robbie participated in a team of teachers that received well over a million dollars for Fennell reading and after-school programs. 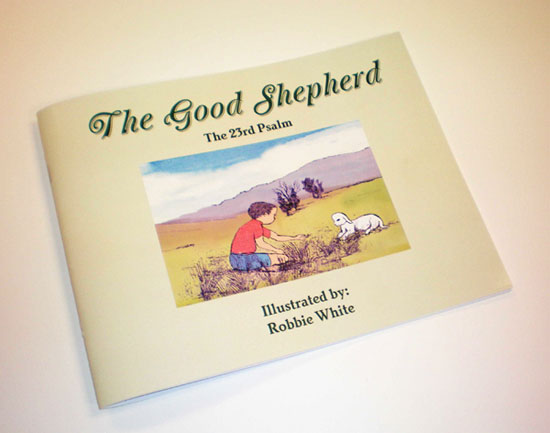 From 1978 to 1982 Robbie drew and painted the illustrations with watercolor for two children’s books that have been in a drawer for 30 years. In 2007 he pulled them out and began working on them again. It took three years for him to finish the books and prepare them for print. Then in 2010, thanks to PrintKEG.com (where his son Nathaniel is Production Manager), he was finally able to realize his dream of self-publication. The first book, “The Pretty Moon”, is an old English lullaby that was handed down for generations in his family. The second book, “The Good Shepherd”, is the 23rd Psalm illustrated with pictures of children.

Since September 2010, Robbie has distributed 300 books and has recently ordered 500 more of the high quality, full color books from PrintKEG in December. Robbie developed an application based on “The Pretty Moon” that runs on the iPhone, iPod Touch and iPad. The program was accepted to the App Store by Apple in June 2009 and has sold in ten countries. The Pretty Moon App includes the option of listening to Robbie’s mother sing the lullaby or the option of turning the pages with a swipe of the finger. Next Robbie wants to develop a Good Shepherd App and start illustrating a new children’s book. If you would like more information and a preview, visit Robbie White’s website or email him at robbaby60@gmail.com.

We would love to learn about you! Learn more About our Featured Client series.