To be released on July 17th, Ant-Man probably has a great deal of mainstream moviegoers confused, but Marvel aficionados understand this is an important character in the famous comic universe. But, check out this discussion about the character with one my personal Facebook friends.

Ouch, hopefully that sentiment doesn’t represent all non-comic lovers out there.

The entire team at Printkeg is psyched that EW gave the movie a B, and all initial leariness of Paul Rudd are now officially gone in our eyes. It’s not that any of us disliked Mr. Rudd, we just were not easily convinced he would make a good superhero. This might be a risky movie but so was Iron Man and Guardians of the Galaxy, and we all know how those turned out. 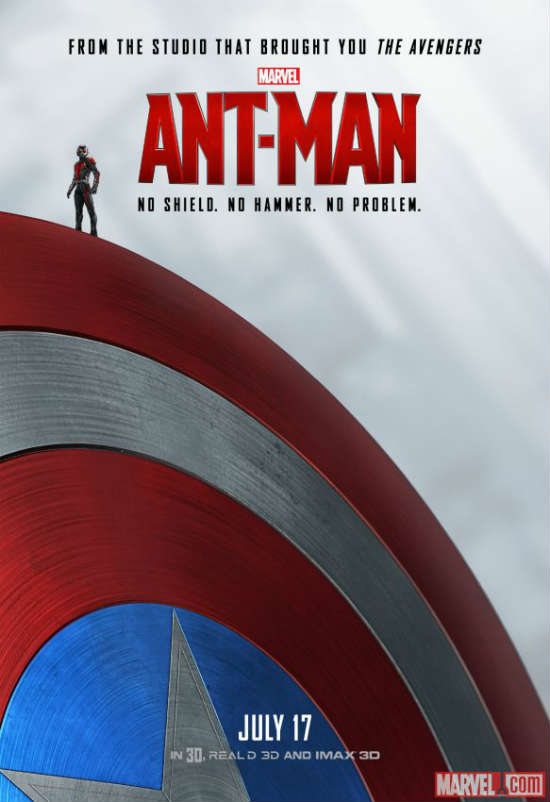 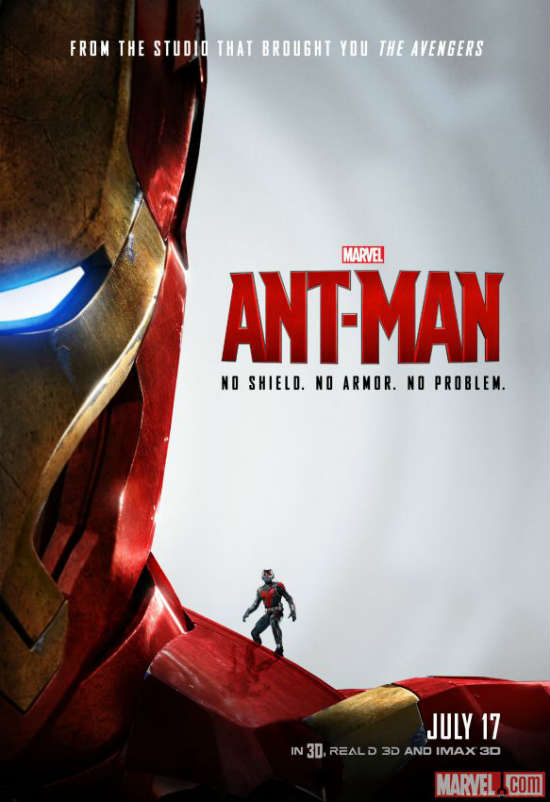 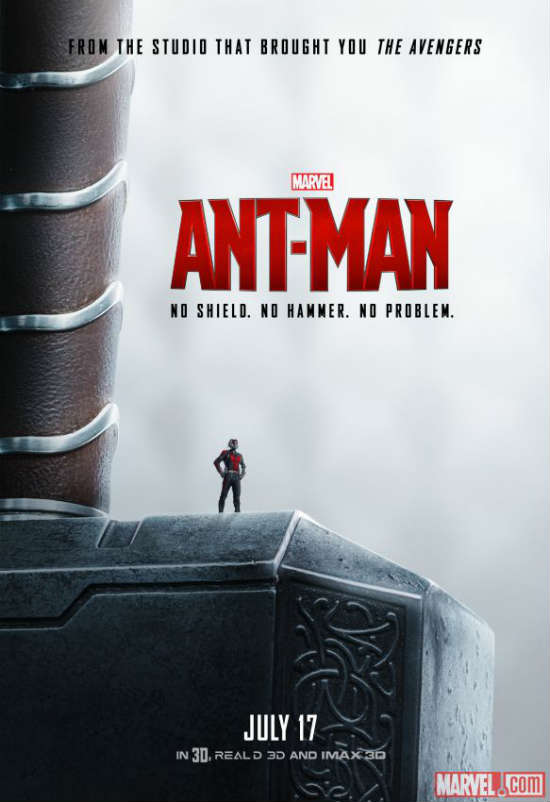 An alternative wave of Ant-Man movie posters were soon released exclusively for EW by Marvel Entertainment that features the major characters. Here is one with Paul Rudd, who is playing Scott Land, the second person to wear the Ant-Man suit (Hank Pym being the first). The others can also be viewed at EW. 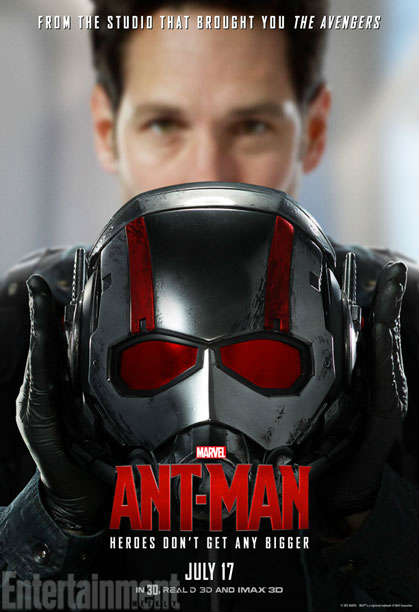 Poster Posse hosted two phases of poster contests to celebrate Ant-Man and some of the poster artwork is incredible. Go check that out when you get a chance. Below is one example. 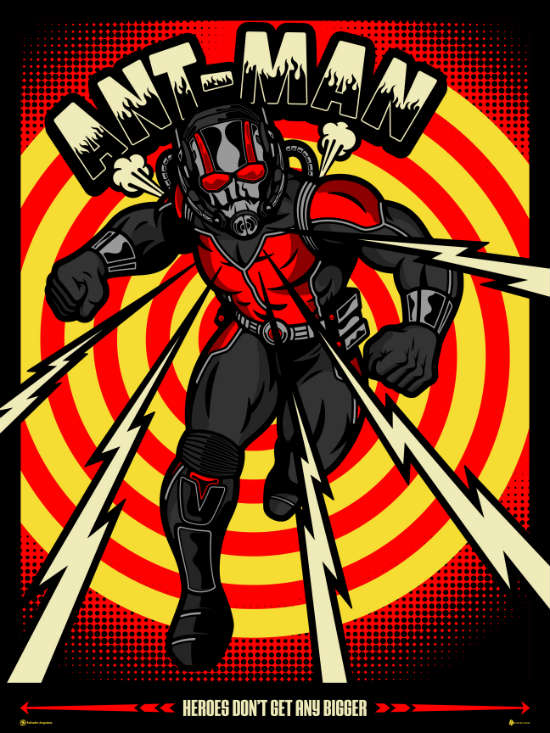 If you have time, there is also quite a few Ant-Man related artwork available at Behance.net. Just based on the availability of artwork we’re seeing so far, there is clearly a lot of excitement surrounding the movie. 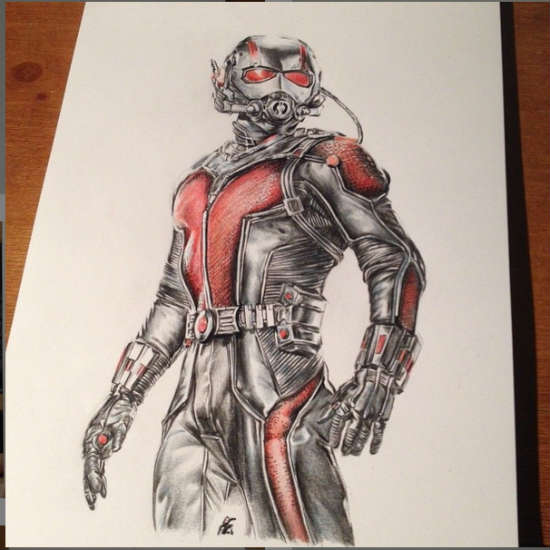 Etsy hosts many Ant-Man collectibles and items, but they were a little short on interesting illustrations, digital prints and paintings. What seemed like a needle in a haystack, this minimalist Ant-Man print by TheOneStopNerdShop was a favorite among our staff. Again, the popular marketplace does offer tons of collectibles and handmade gifts related to Ant-Man. 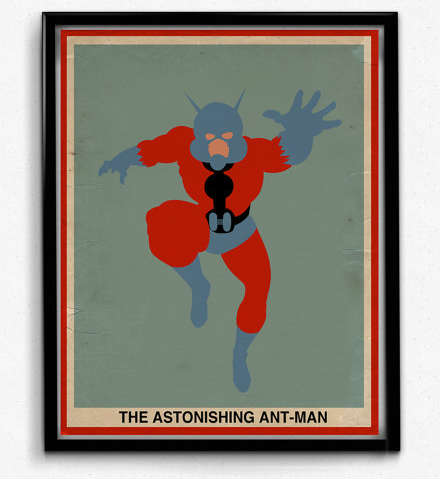 Sadly, a shortage of illustrations was also true at DeviantArt, where I expected to find way more Ant-Man related artwork. However, we did discover this awesomely legit fan poster at GeekyRant.com created by Rob Csiki. 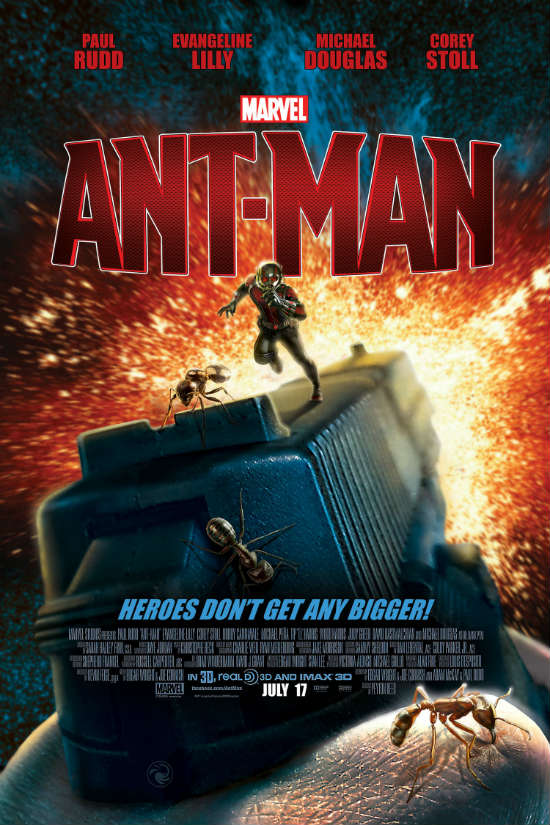 If you want to see a huge assortment of Ant-Man related artwork and posters, we also recommend searching “Ant-Man” on Pinterest. There was a huge amount of pinned items featuring the classic, yet less known, superhero. We found the below ridiculously badass fan art on Pinterest that is orignally located at ComicBookMovie.com. 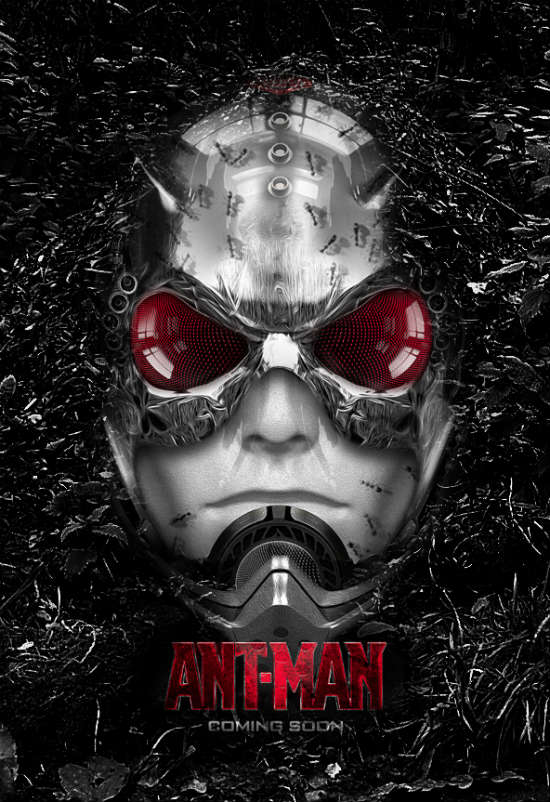 Ant-Man is the name of several fictional characters appearing in books (and now movies) published by Marvel Comics. Created by Stan Lee, Larry Lieber and Jack Kirby, Ant-Man’s first appearance was in Tales to Astonish #35 (Sept. 1962). The character was originally the superhero alias of the brilliant scientist Hank Pym (responsible for creating Ultron) after inventing a substance that allowed to change size, however, Scott Lang and Eric O’Grady have also taken on the Ant-Man mantle.

Armed with a super-suit with the astonishing ability to shrink in scale but increase in strength, con-man Scott Lang must embrace his inner hero and help his mentor, Dr. Hank Pym, plan and pull off a heist that will save the world.

We hope you enjoyed this brief collecion of Ant-Man poster art. If you have any more to recommend, please contact chris[at]printkeg.com.