Currently, Star Wars is hosting an art contest at art-awakens.tumblr.com where fans can share their work hoping to win a trip to Los Angeles, California and participate in a Star Wars art exhibit with VIP treatment.

Many of us feel more excited about the December release of the new Star Wars film than maybe even Christmas, but that’s to be expected. JJ Abrams and the Disney crew have masterfully teased “Star Wars: The Force Awakens” through well-timed releases of tiny trailers, merchandise, magazine articles and books.

This watercolor artwork captures the brief scene we see in the latest teasers showing the Millennium Falcon being chased by tie-fighters. Thank you JJ. We also know that Jakku is a desert planet located on the outer rim where the audience will first meet characters, Finn, Rey and BB-8. “Chase on Jakku” would look amazing printed on our watercolor paper. 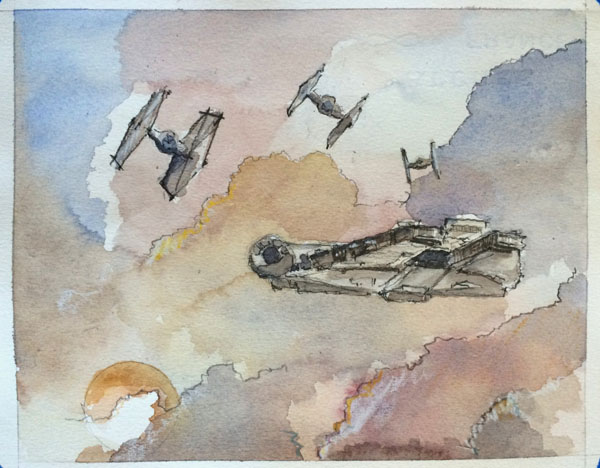 The Prodigal Son embraces many of our deepest questions about Luke Skywalker’s role in the next trilogy. Will he turn to the dark side? Will he be more of a mentor like Obi-Wan and Yoda? Will he perish in the same way as Obi-Wan did in Episode IV? There is plenty of Star Wars lore to ponder on which includes Luke’s confrontation of a son teetering with the dark side, a tragic marriage, numerous galactic battles and much more. Whether any of these story-lines from the expanded Star Wars universe unfolds in “The Force Awakens” is unclear and unlikely. We do know this would be an amazing panoramic print.

For now, Kylo Ren is the most anticipated dark side figure since Darth Maul. According to Wookiepedia, this mysterious black cloaked figure is strong with the dark side of the force and is obsessed with Darth Vader. Confirmed by JJ Abrams, Kylo Ren is not an actual Sith Lord, but rather a member of the Knights of Ren, and he does serve another powerful dark force figure, Snoke. We have to wonder if it will be revealed that Kylo Ren is actually Luke’s son or nephew. I could totally see this Kylo Ren doodle as a framed 11×14 print in my home office. 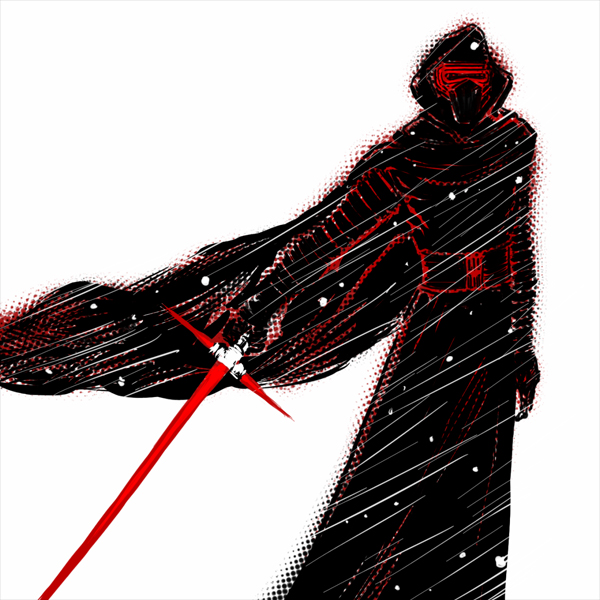 This is another Kylo Ren piece created with pencil, ink and markers that first caught our attention and inspired this article. Are we overly fascinated with this dark figure, and could he be a red herring? Please JJ, don’t pull a Darth Maul and kill him off like a chump. 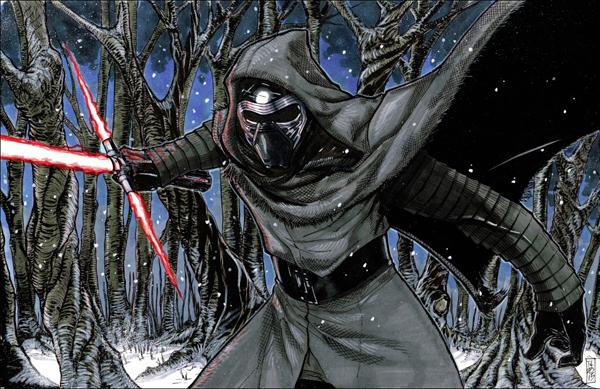 Using material from the trailer of Star Wars Episode 7, this next homage piece is done with watercolor and Copic markers on 11×17 inch size Bristol Paper. One central character, Rey, has been one of a handful of figures we’ve been introduced to in a limited fashion. Without a last name, we have to speculate she is the daughter of Han Solo and Princess Leia. It is also fathomable, she is Luke’s child and the new main heroine of the franchise. 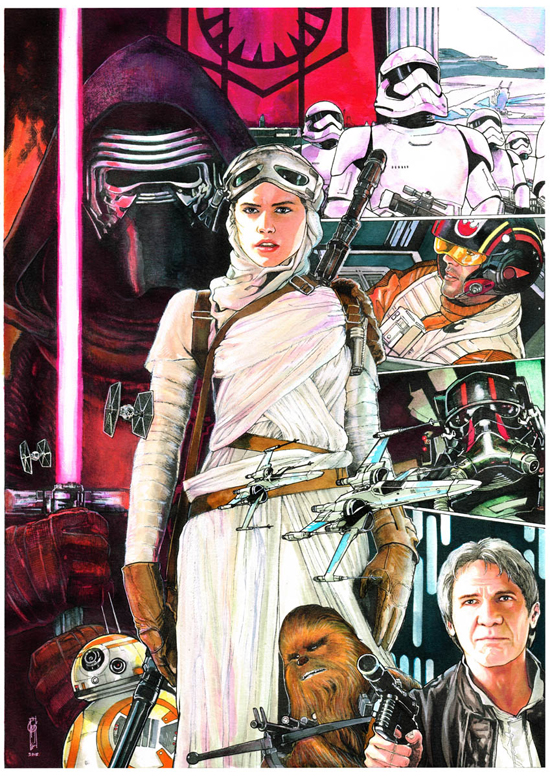 The below artwork portrays Finn, one of the fascinating new characters that we know very little about. From the trailers, we realize he is a trained stormtrooper stranded on the planet Jakku. Then, at this year’s D23, he is revealed wielding a blue lightsaber that might have previously belonged to Anakin or Luke Skywalker. Since his last name is intentionally withheld, we speculate he is possibly related to Lando Calrissian or Mace Windu. It is more likely Lando has offspring all across the galaxy, but Mace Windu would be an interesting twist. Maybe he isn’t related to anyone we know, but what’s the fun in that? 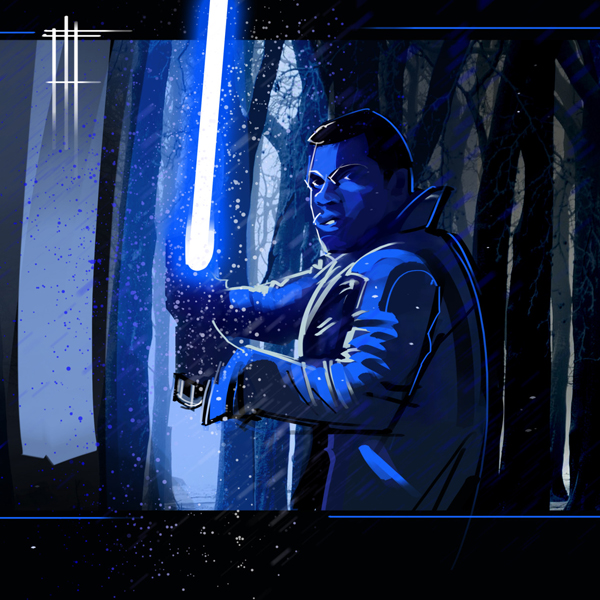 Again, there is a ton of incredible art celebrating “Star Wars: The Force Awakens” to surf through. As more artwork is released, we will add to this article. Thanks for reading!